A new children’s home has opened in Peterborough this week.

‘Summer House’ on Warwick Road, Walton was officially opened on Tuesday (August 3) by Peterborough’s Mayor Cllr Stephen Lane. The three bed home will offer support to children aged between 8 and 16 who have suffered a family breakdown or trauma, whether that be abuse, neglect, criminal exploitation of any other kinds of trauma.

The home is Ofsted registered and will be specialising in therapeutic care and supporting the children referred to them by Peterborough City Council with any emotional or behavioural needs they may have. 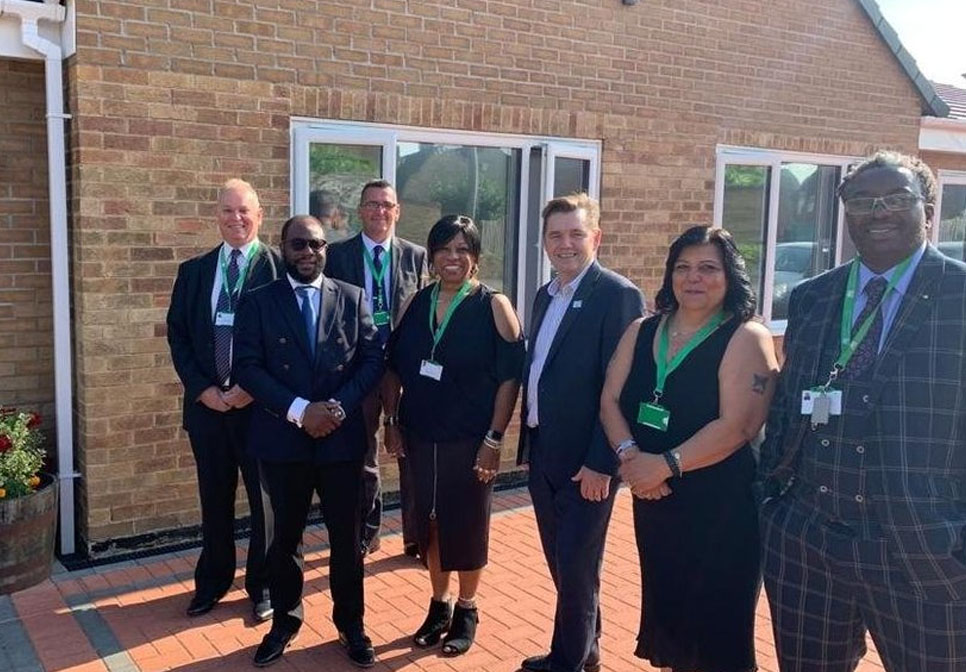 It will be run by 24/7 Support UK Limited; a company set up by Directors Nyasha Banhire and Nigel November, in 2014, who have backgrounds in social work and teaching respectively. Nyasha Banhire is the responsible individual and is supported by the Therapeutic Lead Peter Clarke, Registered Manager, Deputy Manager ,Shift leaders and Residential Support Workers.

Mr Banhire said: “Our aim here is to provide a nurturing safe environment for the children that come here. We are open to long term placements and have the facility, once they reach 16, to move the children on to one of our semi-independent living homes in the city, where we help prepare them for adulthood.

“We will specialise in therapeutic care at Summer House but each child and their length of stay will be reviewed on a case by case basis. The most important thing is to make them feel safe and stop children being moved outside of the city. In the past, I’ve known children moved as far away as Southampton or Scotland because there was not enough space for them in this local authority and this has to stop.”

The home was officially opened by Cllr Lane but on the day, Nik Johnson, Mayor of the Cambridgeshire and Peterborough Combined Authority, also visited the home and praised the efforts of its staff and the important work they were doing.

When a planning application was put in for the home, however, there were several objections from local residents concerned about safety and levels of anti-social behaviour.

Mr Banhire said he understood the reaction of residents but is keen to work with them to show they have nothing to fear.

He added: “I was there at all of the planning meetings when objections and concerns were raised and I can understand those but I encourage anyone that is still worried to get in touch. We will happily show them around the home and that we do things differently to what they may have seen before or imagined.

We were very grateful for all of the councillors that came to our opening to support us. Cllr Asif Shaheed and Cllr Simon Barkham have shown us their support, which is great. So too did Dr Johnson, being a children’s doctor himself he said that he recognised the need for services such as ours and said that if we needed anything and he could help then he would do so.

“Another important aspect of our work is finding the next generation of carers and we will be engaging closely with local colleges and universities to offer apprenticeships and placements. It is important to give young people a chance and if we train just one new carer then we will feel as if we have done our job. It’s a small home, just three children; so a good place for someone to get their first experience.”

Request a call back

Learn more about us

24/7 Support UK Limited is a crisis intervention for children in residential care and semi independent living support service for young people who have experienced a crisis, family breakdown and other life challenges.